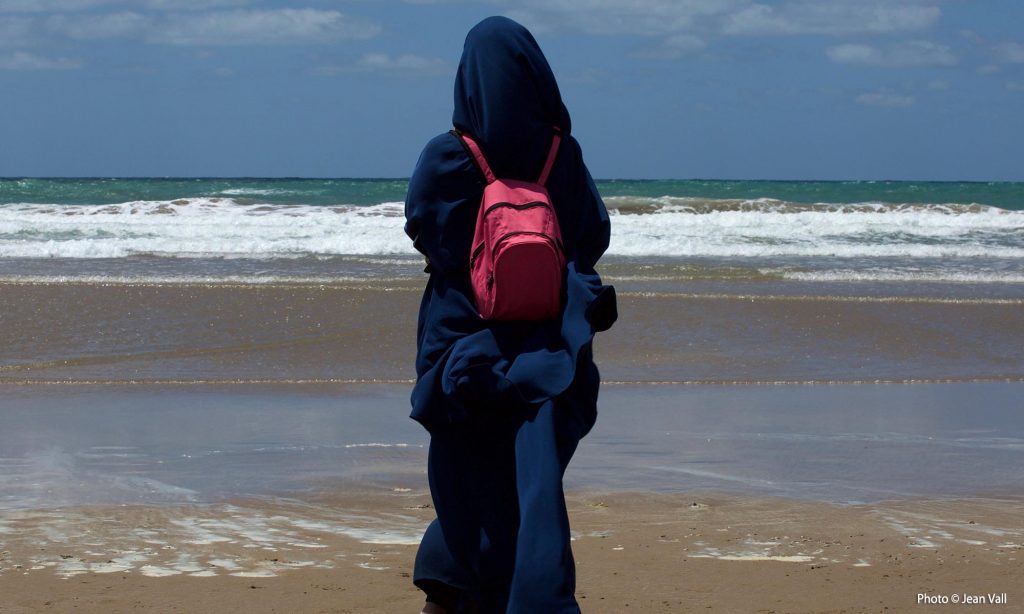 Born as the “colonial” science “par excellence” from the diaries of the first explorers, traders, missionaries, at their encounter with different cultures, anthropology – unlike sociology, philosophy, history, the so-called “big social sciences” aiming to draw universal laws starting from a self-centred vision of the social phenomena – collects small details, minimal descriptions of the daily life of people, colourful fragments that, however, often prove to be dystonic to the whole picture, hence enlarging our cultural frame.

When you live in a foreign country the daily life acquires some kind of mystery and even the simplest things of ordinary life can become, at the same time, surprising and disconcerting, beautiful and menacing.

On the one side, in fact, your experience of a newcomer is guided by the curiosity of an observer with a different eye, who makes comparisons with her own culture – the Polish anthropologist B. Malinowsky called “participant observation” a similar way of being, at the same time, in and out of a social context -; on the other side, you are longing for participation, pushed by the deep desire to be an integral part of the new community, to be accepted as a real member.

In order not to get lost in the new reality and to experience the much needed feeling to be at home in a foreign country, you have no choice but to rely on the controversial emotions that resonate on you at every encounter with the new culture, trying to decipher their “symbolic language”. Symbols, in fact, are “catalysts for relationships”, catching the attention with meanings that resonate on you transcending their content.

They are active agents of change for the “tension between opposites” they convey; while preserving their mystery, they provide, at the same time, glimpses of possible discoveries.

“Symbols are not signs or allegories for something known; they seek rather to express something that is little known or completely unknown”, said C.G. Jung.

Since my first arrival in Dubai the captivating force of the female world, symbolized by the veil, strongly grabbed my attention.

“What do I have in common with the black-dressed veiled Arab women I meet daily in the streets, on the trains, in the malls?” I asked myself while struggling with the feeling of being estranged in a foreign world.

In my view of an “emancipated Western woman”, in fact, the veil was a sign of submission, dependence, inferiority of women to men. However, there was something deeply captivating in those black-veiled women whose existence I perceived only through their beautiful eyes, something extremely powerful in the way they disappeared, made themselves invisible in the public space, which seemed to me like an extreme form of escaping control, a form that maybe in the West we have totally lost despite our identities of successful liberated women we are so proud of. While confronted everyday with such a different, powerful image of the feminine, I had therefore to admit that, if I looked deeply into myself, I could not help to be fascinated by the mystery of those veiled women, their severe postures, the solemnity of their looks.

Their intense extreme presence could not be avoided, as if they were at the same time all similar and strongly individuated, surrounded by a mystery that stood beyond any rational meaning. You cannot guess what lies beneath the veil, which could be at the same time a sign of submission and the memory of an ancient power, which made me think that, in some way, those women were preserving the mystery of the existence we had lost.

The political context of the veil

We need here a bit of social frame about the question of the veil, which is today a divisive and highly debated issue in the public discourse.

The veil has been taken up in the last decades as a political issue by the many who, both in the East and the West, claim for an irreducible “clash of civilizations”; and this dispute intensified after 9/11, when the entire Muslim world was identified as evil, the container of all the westerner’s worst fears and nightmares.

Chosen as the most evident symbol of the male domination upon women in the Islamic world, the veil became in the last decades a pretext to assert, once again, the moral, religious, spiritual supremacy of the Western civilization, thus contributing to discharge our bad colonial conscience and to justify ideological domination.

No differentiation is commonly made, in fact, between the influence of religion and tradition on veiling, or to the different types of covering which often refer to traditional customs and familiar constraints rather than religious dictates. Also, no differentiation is usually made between the Muslim countries, underestimating the huge differences existing, in example, between Saudi Arabia, where women are not allowed to be uncovered in public no matter their nationality or religion, and Turkey, where the use of the veil in public was abolished by law in 1928 by Ataturk, and covering is nowadays claimed back again as a female right.

The political debate about the veil is today a dominant issue for all the fundamentalisms of both sides, forcing women in a paradoxical situation that goes over their heads and has nothing to do with freedom of choice and the empowerment of their role within the society.

Even if those highly controversial issues are not the main concern of my work, I would argue that, face to the state of the public debate, we should ask ourselves not “Why women in the Islamic world cover their face?, but “Why are we, in the Western world, afraid of their covering?”.