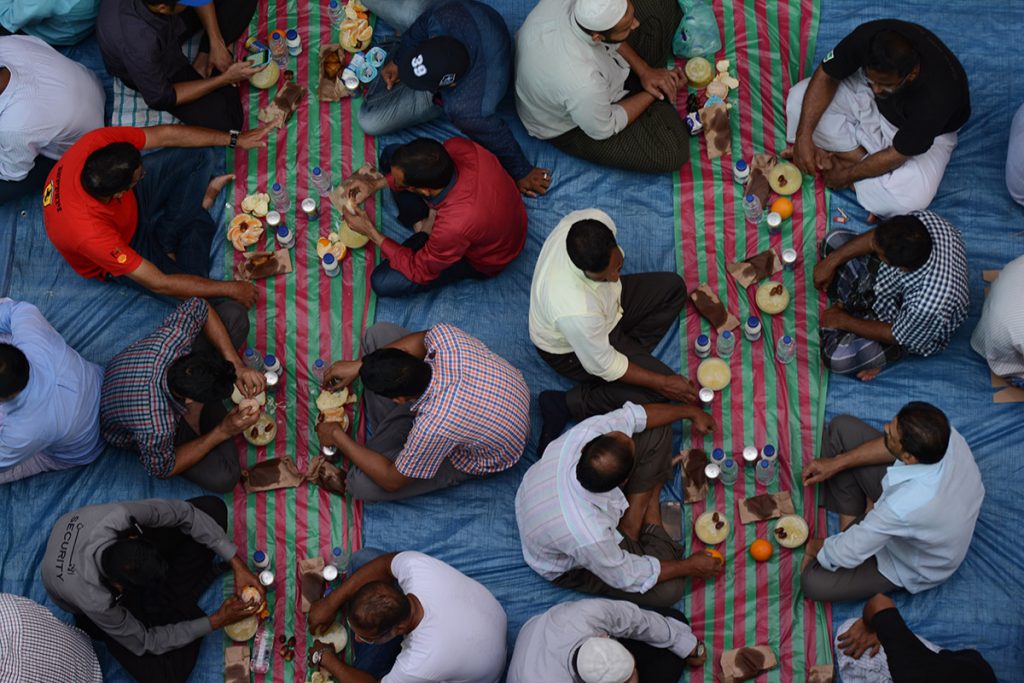 I arrived in Dubai at the beginning of November 2015.
November is a nice season there, the weather is mild, the sun is always shining though not so hot like in summer, and people stroll around, day and night, along the Marinas, the artificial canals plenty of nice places for eating, drinking teas and smoking “shishas”, according to the Arab tradition, while luxurious boats and traditional dhows cruise the bank from one side to the other.
At a first sight the image of Dubai as a “dystopian world” was partially confirmed by the impressive world-class-Guinnes-of-records of its architecture. Under the rule of the Al Maktoums family, in fact, in less than 40 years the city developed from a small village of traders and merchants into a modern pole of business and financial investments, despite the troubles of the region. Today Dubai is a worldwide recognized icon of the future, with gigantic structures like the Burj Khalifa, the 830m/high tallest building in the world; the Burj Al Arab, a sail-shaped luxury hotel symbol of the city; the Palm, a 15 km long date-palm shaped island built from the sea with luxury buildings and a mammoth water-park on the top; made-to-impress big malls with waterfalls, aquariums, entertainment parks, ski slopes, ice-skating rings; worldwide renowned hotels and restaurants selling top quality service and coveted luxury at quite affordable prices for the joy of a middle class of tourists flocking from all over the world.
Exploring the city, however, I quickly realized Dubai is not only fake luxurious architecture.
Nice discoveries, in fact, are hidden under ITS glittering surface, like the old city of Deira, the first settlement on the river, where old traditional dhows sway gently in the current bringing people to one side to the other of the creek; the vibrant, lively, colourful Indian neighbourhood of Al Karama animated by multicoloured Bollywood-style shops and restaurants; the souks, where you can buy almost everything, from carpets to gold, garments, accessories, food, spices and perfumes, as long as you are willing to engage in long negotiations for a better price, which is a beautiful way to taste the real spirit of trading.
Soon I therefore realized that out from the “golden cages” of the Western-style big hotels, malls and restaurants, Dubai has a multicultural stimulating environment, where, despite the differences, a various mix of nationalities interact everyday with easiness and charm, in a crossroad of cultures where Arabs, Africans, Indians, Pakistanis, Sri Lankans, Europeans and Americans try to find a way to coexist.
“Welcome to the future”, then, is not only an easy claim that welcomes you at the Dubai’s airport. Everything seems to be temporary in Dubai, a city that stands at the crossroad of East and West, where people come and go like the sand of the desert, and you can actually say that the only constant of the city is change; which is why the experience of living in Dubai is an overview on the contradictory forces that shape our tormented, controversial, hyper-complicated global society, where ancient and new, traditional and advanced lifestyles find their way to coexist, even if they don’t seem to have much in common.